We have built a world-class team so you can get the legal support you deserve at a price that makes sense. 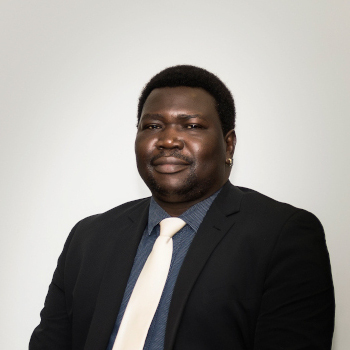 CEO and Founder of Wise Visa

Louis’s ambition to study law comes from his observations of the world around him growing up in Africa particularly South Sudan and Uganda. The image of injustice and inequality he has come across in South Sudan and Uganda have inspired him about the importance of giving justice to all. His desire to become a Lawyer certainly originates in a commitment to principle and a sense that there is much injustice in the world. He is strongly aware that law is one of the cornerstones of civilization, a set of conventional rules and judgements that makes human society possible. There can hardly be a more important job in the human world, and the prospects are both challenging and exciting. Louis completed my Bachelor of Laws degree at Charles Darwin University in the Northern Territory and undertook my Graduate Diploma in Legal Practice with the Australian National University in ACT. He completed his Masters of Laws (Legal Practice) 2014 at the Australian National University. He was admitted as a Barrister & Solicitor in the Supreme Court of Norther Territory and High Court of Australia.

Louis is focused on Criminal Law, Restraining Orders, Migration Law and Human Rights related matters. Louis represents clients in Magistrate Court trials, District Court for sentence hearing, Federal Circuit Court trials for complex Human Rights matters, Administrative Appeal Tribunal in Migration Law matters. Living in the Refugees Camp in Uganda allowed me to understand the human values and society. Louis understands the Huge divide between the rich and the poor, and the injustice in society found throughout the world. Louis is the Winner of the Young Criminal Lawyer Hodge Award 2016 in recognition of his contribution to the practice of Criminal Law in Western Australia.